LOVE OF EVERYTHING - BEST IN TENSIONS

by LOVE OF EVERYTHING 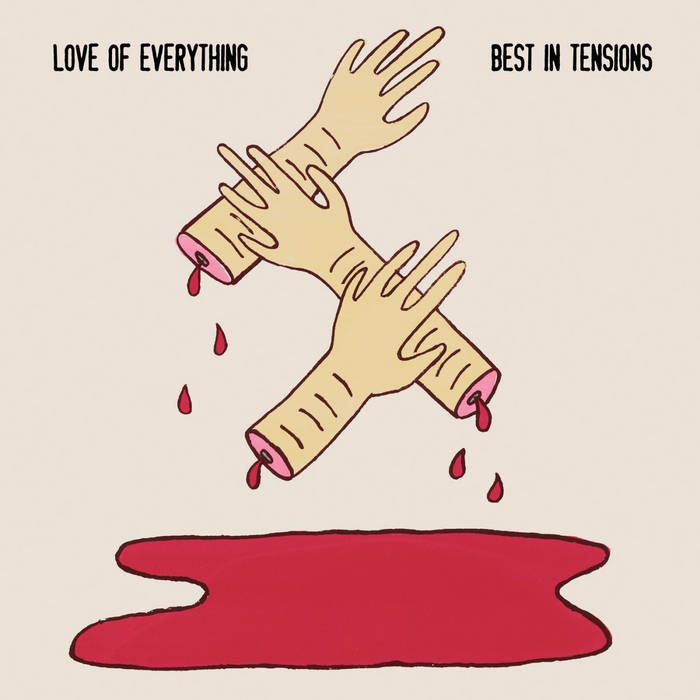 An integral part of the Midwest music scene for over a decade, Love of Everything’s Bobby Burg is keeping himself interested by consistently re-imagining the sound of the band. Recorded at Chicago’s Semaphore Recording Ltd. on the city’s west side by Neil Strauch (Bonnie Prince Billy, Iron & Wine), Best In Tensions marks the first time Burg has taken a whole album worth of his short, catchy, naive music poems out of the bedroom and into the studio.

This time he’s not doing it alone. Joined by his former illegal immigrant wife Elisse La Roche, as well as friends, past and future band mates and whomever else was on-hand to lend their talents, Best In Tensions shelves the “one-man band” ideal in favor of the richer, fuller sound of a band with multiple members.

La Roche had never played drums before joining Love of Everything. Motivated by an opportunity to tour Europe, she learned the basics, studied the songs and found herself installed as Love of Everything’s permanent drummer.

Love of Everything are Bobby Burg and Elisse La Roche, with additional help from Tim Kinsella (Joan of Arc, Make Believe), Jeremy Bolen (Chin Up Chin Up), Jeanine O’Toole (1900s) and others.

The band recently completed a 2 month European tour and a 5-date tour in Japan. 2010 tour dates are also planned for both United States coasts, as well as a return to Europe come fall.